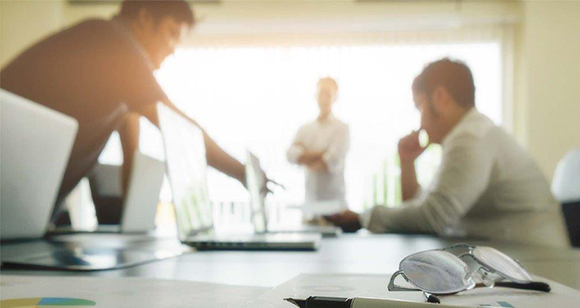 A wise person is one that takes full responsibility for his or her life and results. They do not whine and blame others for not being able to achieve a goal. Taking full responsibility means you give up making all sorts of excuses, victim stories and the reasons “why you cannot” do something, and begin reframing to “why you can” accomplish a task or activity. The key is to stop blaming your life on outside circumstances.

In the last issue, we touched upon the need to change thoughts, actions and habits to set a solid foundation for exponential growth. A method to do so is through a simple formula by psychologist Dr Robert Resnick who introduced the E + R = O formula (Event + Response = Outcome). This clearly shows how you respond to a certain event will determine the result you get.

Those who focus mainly on the event would blame everything and anything – how hot the sun is; how wet the rain is, the government; the boss; the spouse; the children – they will feel frustrated and not achieve much. Such thoughts can lead to self-defeating behaviors and be a stumbling block to success.

Instead of blaming others or circumstances, you can instead choose to respond (R) to the events (E) until you get the outcome (O) you desire. Change the way you think, imagine, feel, act and focus until you get what you want. This powerful technique is known as reframing where you can reframe your response to create an outcome beneficial to you.

We want to share with you a case of a manager who used this technique to great success. Tommy who worked at Siemens, Munich, once shared he felt he had a very difficult boss. He thought his boss was unsupportive, perfectionist, possessed a poor attitude and did not recognize his work. He felt demoralized and wanted to quit. He could see no way out because his psyche was dominated by negativity against his boss.

Tommy talked to his coach to quit the spiral of negativity which was affecting his health and mental well-being. He spoke to colleagues who had good relationships with his boss and found out how to connect better with his boss. He obtained valuable advice and input on what his boss appreciated and worked on delivering things according to the expectations of his boss.

He eventually realized his boss was a trustworthy and brilliant technical person and found out ways to complement and enhance those strengths. Tommy then began to enjoy working again, his health improved as his sleep was not disturbed and he was mentally happy again. By continuously changing his response, Tommy was able to create productive outcomes that eventually led to him being recognized and promoted to a regional position under his new boss. By then Tommy had learned the powerful life changing reframing technique which continued to serve him well through his career.

If you don’t like your outcomes, you need to change your responses. The person you have the most influence on is yourself rather than others. You have control over three main things in your life – the thoughts you think, the images you visualize, and the actions you take. How you use these three things determines the outcomes you experience. If you do not like what you are producing and experiencing, you have to change your response. Change your negative thoughts to positive ones. Change what you daydream about. Change your habits. Change what you read. Change the people you spend time with. Change how you talk and so on.

Reframing helps you find solutions and break free from the problems and emotions that are blocking your progress. The E + R = O Reframing Technique is a simple yet powerful process. When this technique is applied consistently, your imagination, thought patterns, behaviors, achievements, and life will be transformed. That’s when you take full responsibility for your life and the results produced.

Use the reframing questions below to help you reframe so you are able to get the results you want. You can use the tool provided to fill in your answers for your reference and record.

1What is your greatest problem at work or in life which affects your work? How do you feel?

2What was the negative response which produced the unwanted result?

3What is the outcome you want?

4What could you do differently to get the outcome you want?

5Visualize the outcome you want, how does it feel?

6What actions are you committed to take? By when?

Your answers to the above questions would help you identify your daily active questions for filling up the following DAQ tool.

I want to reframe to find solutions!

Listen to Marshall and Peter live!

World #1 Executive Coach Dr Marshall Goldsmith and World #1 Strategic Innovation Coach Dr Peter Chee will be sharing their wisdom on rising up for exponential growth at the Global Leadership eSummit this September. Sign up to quip yourself and your team with the knowledge and best practices to rise up for sustainable success. 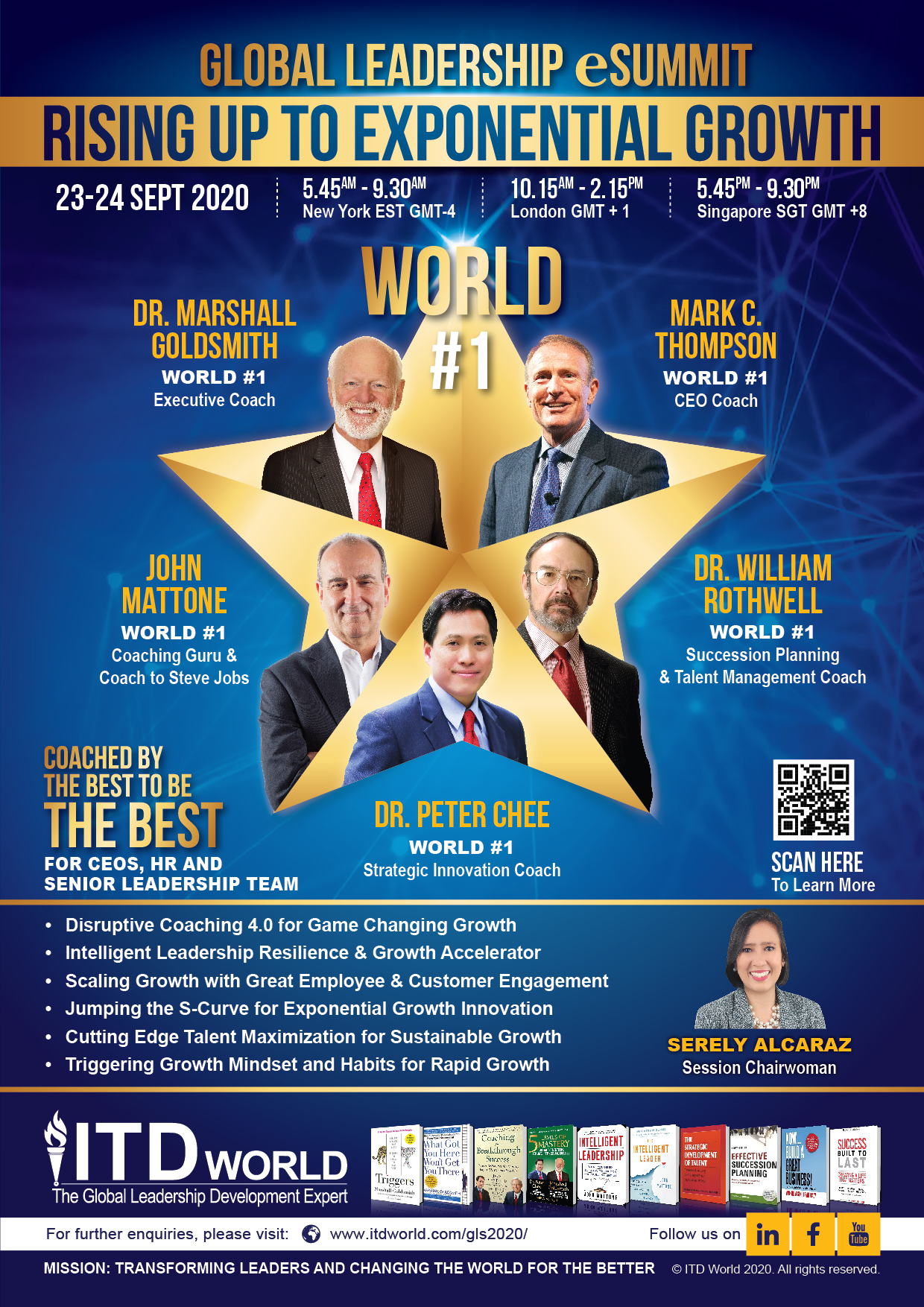