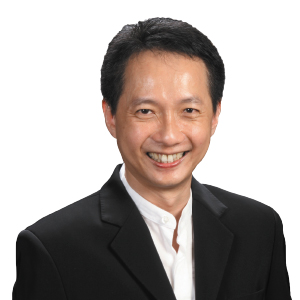 His career started in America after completing his studies at UCLA where he worked for the pharmaceutical and pre-packaging industry. In the pharmaceutical company, he started as a trainee and rose to the ranks of Vice President of Operations. In the latter company he became the VP of Operations. He created the one-stop solution proposal that won the company big contracts that turnaround the fortune of this financially ailing company.

Upon his return to Malaysia, Kenzer was appointed the Group General Manager of a local businesses in recycled molded paper pulp and farming. The management initiative was the first in the country to supply recycled molded paper pulp in place of polystyrene and Styrofoam, and it won many MNC customers that were shipping to European countries under strict environmental protection regulations.

Kenzer then joined Siemens starting in the position of TQM Head, then to Senior Head of TQM and Communications, Director of Strategic Planning and finally as Senior Director of Human Resource for over 5,000 employees. Kenzer was the key leader behind the implementation of the company’s TQM culture which was evidenced by the company winning all the highest Productivity and Quality-based TQM awards, such as Prime Minister Quality Award and National QCC Champion, at the organization, team and individual levels.

He implemented HR inventions such as employee surveys and designed proprietary leadership training, coaching and development programs which ran on a weekly basis over a three-year period. He also designed and conducted a talent management events to evaluate and identify the organization’s exemplary star performers for placement and development. For his contribution to the company, fellow workers and the community, and his continuous self-development, Kenzer was accorded the Prime Minister Award for Best Employee of the Year.

Kenzer also held the position of Managing Director of the Dutch-listed BESI NV, heading its site in Malaysia and in China. He designed a proprietary Performance Management System, linking it to the Strategic Management and Process Management, to turnaround BESI APAC Sdn Bhd and returned it to profitability within 6 months after three years of losses. The turnaround was helped by strategic focus, implementation of TQM practices, HR interventions as well as running the weekly leadership coaching and development programs to ensure alignment and commonality of understanding with a compelling and unifying vision and goals to successfully drive sustainable growth.