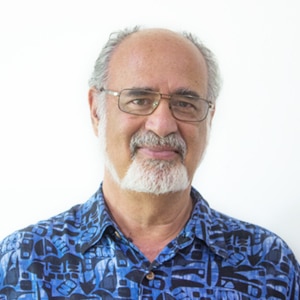 Gale and Joel are a husband-wife team with more than 30 years of experience working together. Most of that time has been dedicated to helping people adapt , thrive and be effective when working in cultures different from their own. They have served as CEO and/or Country Manager for six operations in Asia, the Middle East and Africa.

Gale and Joel have consulted and provided training workshops in Hong Kong, Thailand, Singapore, Indonesia, Sri Lanka and Myanmar. They have lived and worked in Asia for twenty-four years, thirteen of them in Malaysia. They have experience living and working in Malay, Chinese and Indian communities throughout the country .

Moving to Egypt in 1980, Joel and Gale served for seven years as Co-Directors of the Community Services Association of Cairo, leaving in 1987 to establish the Community Services Center of Taipei, an organization they directed for the next seven years. Throughout their time in running centers, they provided orientation programs for newly arrived expatriates as a key component of their work. In addition, they served as consultants and trainers for the U.S. State Department, focusing on the cross-cultural adjustment needs of expatriate communities worldwide.

Starting in 1988, Joel and Gale expanded their cross-cultural training to embrace global corporations and to assist host country nationals as well as Western expatriates. They developed programs for Asian and African managers on how to increase their effectiveness in working in a global company/organization with European and American colleagues. Over the years, Gale and Joel have not only managed diverse multinational staff and led a variety of organizations in Asia and Africa , but have also created innovative programs to enhance staff competencies and organizational global competitiveness.